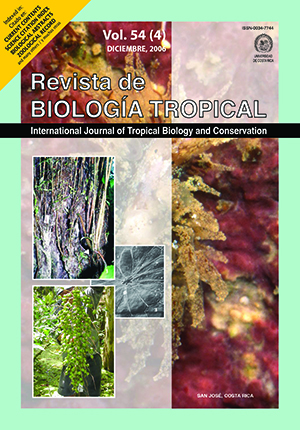 Cysts of Artemia spp. collected from February 1997 to February 2000 in the Real de Salinas solar saltworks, Campeche, Mexico, were compared with Artemia franciscana (batch number 8 131 Microfeast Artemia Cysts, Texas, USA). The variables determined in these two populations were: number of cysts per gram, hatching percentage, hatching efficiency, hatching rate, hatching synchrony and hatching biomass, as well as diameter of the cysts and length of the nauplii (instar I). For Salinas, the average diameters of the encapsulated and decapsulated cysts were 230.5±4.14 and 221.8±3.39 µm, respectively. The thickness of the cyst shell was 4.35±0.68 µm and the length of the nauplii was 388.11±4.39 µm, this last value is among the smallest reported in the literature. For the commercial population of A. franciscana, the average diameters of the encapsulated and decapsulated cysts were 230.21±12.49 and 216.96±13.71, respectively. With respect to the corion thickness and length of the nauplii the values were 6.62±2.72 and 424.70±30.08, respectively. The protein value of the cysts (47.91 %) and nauplii (50.5 %) of Artemia population from Real de Salinas, are considered adequate to be used as food in aquaculture. The results indicate that the population from Real de Salinas presents positive features for its use in aquaculture in the region.