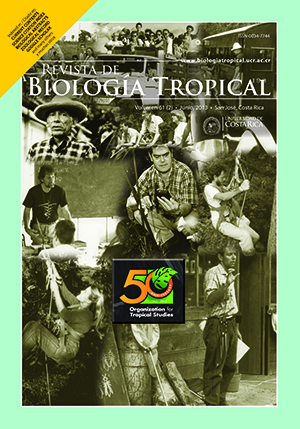 Seedling establishment is one of the most risky stages of plants, especially in arid and semiarid regions, where low water availability and high solar radiation influence its emergence, development and survival. In seasonally dry xerophytic forests occurring in North-Western Córdoba, central Argentina, five neotropical species of Acacia co-exist: A. aroma, A. caven, A. atramentaria, A. gilliesii and A. praecox. With the aim to evaluate growth variables and survival of these five species seedlings, in response to water stress and different light availability conditions, a greenhouse experiment was undertaken from March to June of 2010. Although small differences were found between species (F=5.66, p=0.001), all of them showed high percentages of seedling survival in response to different light and water treatments, suggesting that seedlings would be tolerant to water stress and could be established both in light and shade. On the other hand, although all species showed an increase in growth in light conditions and without water stress, we have found some trends towards a greater growth in the seedlings of A. aroma, A. caven and A. atramentaria when compared to those of A. praecox and A. gilliessi in most of the variables considered (F=41.9, p<0.0001; F=7.06, p<0.0001; F=53.59, p<0.0001). This pattern was confirmed through a cluster analysis that classified the species in two main groups. These results, together with others already reported, would indicate a regenerative niche differentiation that might be favoring the regional coexistence of these five species in semiarid forests in central Argentina.
https://doi.org/10.15517/rbt.v61i2.11143
PDF (Español (España))