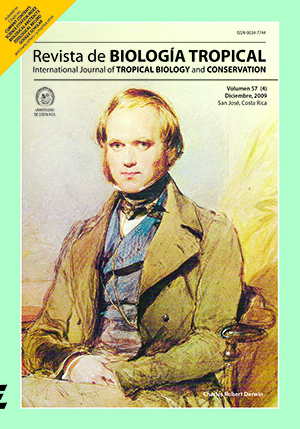 Bemisia tabaci (Gennadius) is a polyphagous, cosmopolitan and worldwide relevant pest, mainly acting as a virus vector on many crops. A sound preventive approach to deal with it would be the application of repellent or deterrent substances hopefully present in tropical plants, which in turn may contribute to take advantage of the remarkable rich Mesoamerican biodiversity. Therefore, extracts of two wild plants belonging to family Asteraceae, titonia (Tithonia diversifolia) and “tora” (Montanoa hibiscifolia), were tested for phagodeterrence to B. tabaci adults. The crude leaf extract of each one, as well as four fractions thereof (hexane, dichlorometane, ethyl acetate, and methanol) were tested under greenhouse conditions; in addition, the extracts were submitted to a phytochemical screening to determine possible metabolites causing phagodeterrence. Both restricted-choice and unrestricted-choice experiments were conducted. In the former ones, each fraction was tested at four doses (0.1, 0.5, 1.0 and 1.5% v/v), which were compared with four control treatments: distilled water, endosulfan, an agricultural oil (Aceite Agrícola 81 SC), and the emulsifier Citowett. Tomato plants were sprayed and placed inside sleeve cages, where 50 B. tabaci adults were released. The criterion to appraise phagodeterrence was the number of landed adults on plants at 48h. For the unrestricted-choice experiments, only the two highest doses (1.0 and 1.5%) of the crude extracts of each species were tested, and compared to distilled water and the agricultural oil. The titonia and “tora” crude extracts caused phagodeterrence, and for both plant species the methanol fraction stood out. Results suggest that metabolites causing phagodeterrence are several sesquiterpenic lactones, polyphenolic compounds (flavonoids and tannins) and saponins.