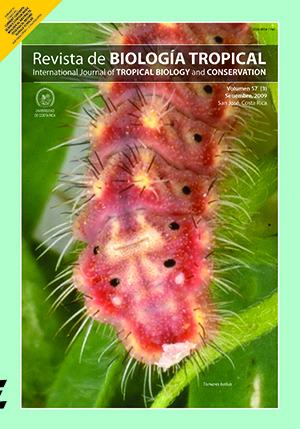 Previous studies pointed out that species richness and high density values within the Leguminosae in Brazilian forest fragments affected by fire could be due, at least partially, to the high incidence of root sprouting in this family. However, there are few studies of the factors that induce root sprouting in woody plants after disturbance. We investigated the bud formation on root cuttings, and considered a man-made disturbance that isolates the root from the shoot apical dominance of three Leguminosae (Bauhinia forficata Link., Centrolobium tomentosum Guill. ex Benth, and Inga laurina (Sw.) Willd) and one Rutaceae (Esenbeckia febrifuga (St. Hil.) Juss. ex Mart.). All these species resprout frequently after fire. We also attempted to induce bud formation on root systems by removing the main trunk, girdling or sectioning the shallow lateral roots from forest tree species Esenbeckia febrifuga and Hymenaea courbaril L. We identified the origin of shoot primordia and their early development by fixing the samples in Karnovsky solution, dehydrating in ethyl alcohol series and embedding in plastic resin. Serial sections were cut on a rotary microtome and stained with toluidine blue O. Permanent slides were mounted in synthetic resin. We observed different modes of bud origin on root cuttings: close to the vascular cambium (C. tomentosum), from the callus (B. forficata and E. febrifuga) and from the phloematic parenchyma proliferation (I. laurina). Fragments of B. forficata root bark were also capable of forming reparative buds from healing phellogen formed in callus in the bark's inner side. In the attempt of bud induction on root systems, Hymenaea courbaril did not respond to any of the induction tests, probably because of plant age. However, Esenbeckia febrifuga roots formed suckers when the main trunk was removed or their roots were sectioned and isolated from the original plant. We experimentally demonstrated the ability of four tree species to resprout from roots after disturbance. Our results suggest that the release of apical dominance enables root resprouting in the studied species.
https://doi.org/10.15517/rbt.v57i3.5493
PDF